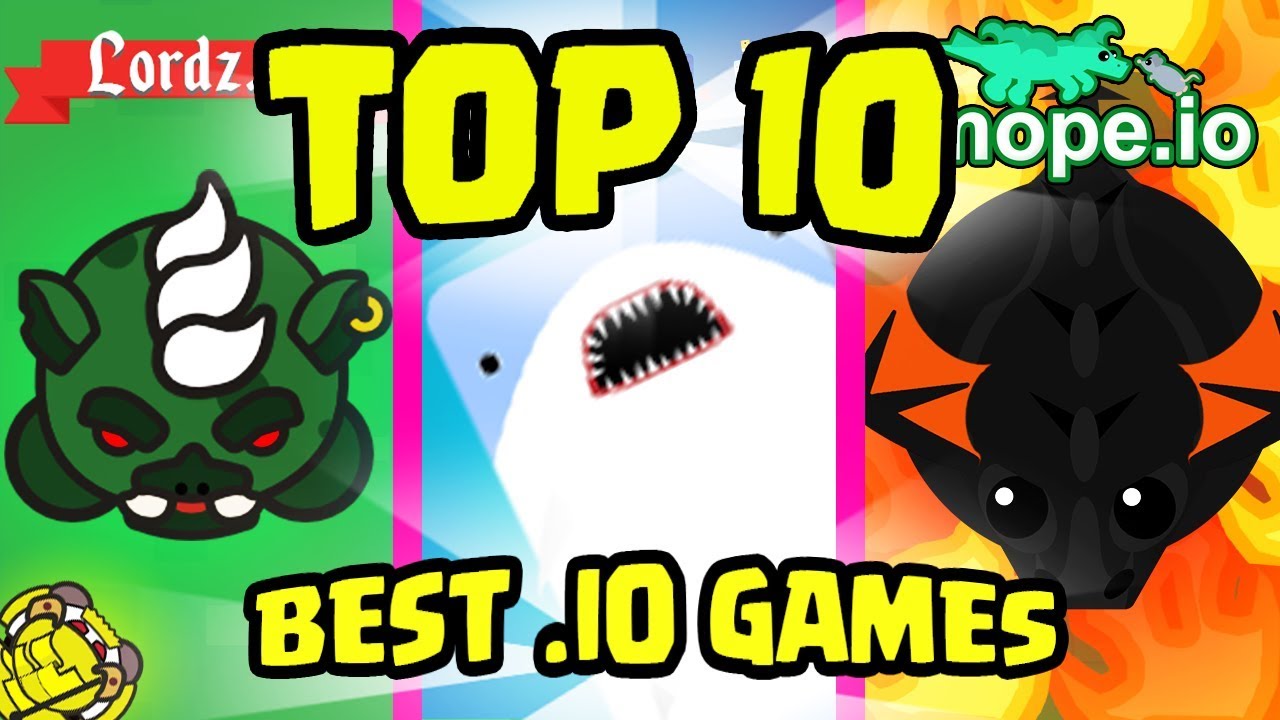 IO games are trendy and here we will review a few of them. Mope.io Climb the evolutionary food chain in this fun little game, where you play as different animals struggling to be the biggest, baddest, and scariest. Start as a tiny mouse, and forage for food as you avoid getting eaten. If you’re clever enough, you might even end the game as a dragon!

The success of Agar.io naturally caught the attention of other game developers. Most notably Steve Howse, creator of Slither.io. A game that closely followed and dominated the gaming industry. It was even reported that Slither.io was making $100,000 per day. Naturally, the gaming industry could not ignore this new gaming evolution.

Brutal.io : Neon, fast-paced, and frustrating, Brutal.io will either keep you coming back for more or force you to rage quit on the spot. The objective of this .io is to delete other players by swinging or throwing the barbed end of your tail at them. Use the mouse to steer and you’re good to go! Depending on how good you are with a mouse or trackpad, a round of Brutal.io can last two seconds or ten minutes. Either way, you’ll keep clicking to respawn if only to prove that you’re better at this game than you really are. You can see and play more on this website : IO Games.

Wormax.io : This game is very similar to Slither.io. In this game, we spawn as a worm and have to eat small colorful dots and snowflakes to grow. Our worm will die if its face touches another worm’s body. There are powers which spawn in a glass ball which we can take to gain its benefit. We can also speed up, but it will cause some loss of food, points,and our worm’s length.

Easily one of the most stylish looking games I played through was that of Vanar.io, a cartoonish imagining of what the arcade classic ‘Asteroids’ might have been like if as well as being pelted by asteroids, your spacecraft was also being endlessly being attacked by progressively bigger spaceships, just in case you weren’t finding the former challenging enough. With only the capability to turn and boost in one direction to control your ship and a combination of both shields and missiles required to survive, Vanar.io makes for some fantastically frantic multiplayer space combat.