Grab PUBG free on Xbox One for a limited time 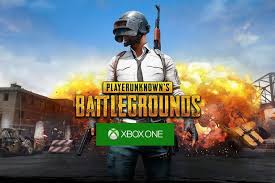 Grab PUBG free on Xbox One for a limited time Posted on November 7, 2018

The Xbox One version of PlayerUnknown’s Battlegrounds can be downloaded free for a limited time.

While Microsoft hasn’t actually made a formal announcement, a quick look at PUBG’s Microsoft Store listing confirms that the game is indeed available for free. News on the shooter was expected to drop at X018 this weekend, so this could be it; we’re not entirely sure, but it’s a nice surprise all the same.

There’s no word on just how long the battle royale title will be available for free, so grab it while you can. It’s also worth mentioning that PES 2019 is also up for grabs free of charge, although again, for now long remains unknown.

Microsoft will host its X018 event on Saturday at 9.00pm GMT in Mexico City. Keep an eye out for the Joker and Harley Quinn too, as they’re slated to appear in PUBG soon.