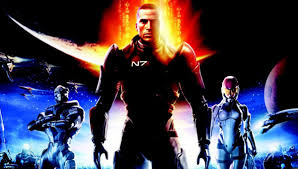 BioWare has marked N7 Day with the launch of a new Mass Effect: Andromeda patch, adding Xbox One X support to the critically polarizing sci-fi epic.

Oddly enough, the developer has yet to make any formal announcement regarding the update, although WindowsCentral has confirmed that Andromeda now indeed runs at 4K resolution. The patch is out now and weighs in at around 1.68GB.

BioWare will probably reveal full details on the update at some point today, although users have already begun downloading the update and posting screens online.

Mass Effect: Andromeda was released in March 2017 for PlayStation 4, PC, and Xbox One. The game was in the works for around five years, but come launch was plagued by a number or performance issues, notably some dodgy facial animations.

BioWare has since updated the game to rectify these shortcomings, although sadly it didn’t release any major post-launch DLC.

Despite this, Mass Effect as a franchise is not dead; BioWare has said that wheels are in motion regarding the next entry in the series (along with a new Dragon Age), but the studio isn’t ready to talk about them yet.

On that note, happy N7 Day!